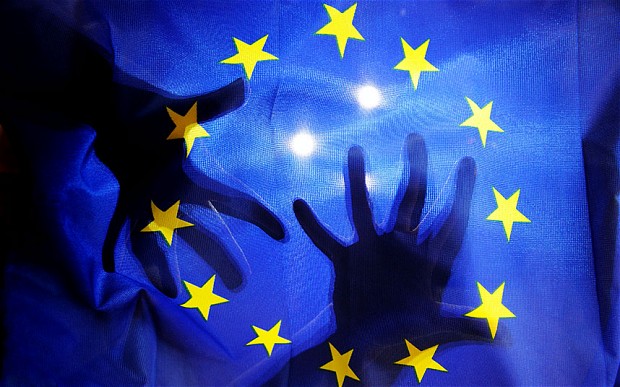 This blog post is based on a guest lecture delivered at UWE Bristol’s Politics and IR seminar series entitled: ‘The “new” politics of expulsion: a constitutive approach.’

For a long time now, the EU has sought extensive cooperation, both internally and externally, on the management of migration. Scholars and activist observers of the processes by which cooperation has been institutionalised have frequently pointed to the ways in which these have denigrated individual rights. And yet many International Relations theorists assume that inter-state cooperation tends to bind state into agreements which restrain sovereign power and advance individual rights.

Attention to EU cooperation on migration clearly demonstrates the extent to which longstanding norms of individual rights can be substantially re-made (and restricted) through the institutionalisation of sovereign interests in exclusion. In short, there is no reason to expect good things from ‘norm-governed behaviour’ in international relations.

Let’s consider, then, the effects that EU cooperation on migration has on international norms regarding the meaning and scope of the link between citizen and state. It has been argued that the move towards more permanent and meaningful links between the citizen and the state served an emerging sovereign interest in the exclusion of unwanted persons. The individual’s right to reside permanently in his or her own state has always been closely related to the state’s right to exclude, then deport, non-citizens. Deportability is an important aspect of the international constitution of the citizen-state link.

For sixty-odd years, however, refugees have been a formalised exception to the rule that individuals are deportable to their country of origin. In spite of all the challenges of refugee protection, the ban on returning a refugee to a territory where his or her life or freedom would be threatened has served as an acknowledgement of the possible dangers of the citizen-state link, and is part of the wider meaning of citizen-state links in international relations.

Today, refugees are increasingly at risk in the context of a European approach to migration which has once again made refugees deportable. Beyond Europe, NGOs have warned that attempts to open up discussions on the refugee-definition would be likely to lead to an even tighter, more restrictive understanding. Even with the 1951 Refugee Convention in the background, EU policy on readmission now tends to assume that would-be refugees’ countries of origin are safe to return to in spite of evidence to the contrary, and seeks explicitly the readmission of refugees to those countries of origin, and/or third countries on that basis. This has negative implications not just for individual refugees (though these are very worrying), but also for the way that individuality more generally is constituted by states, regional bodies and international bodies, and the policies and practices of these actors.

Today, then, normative expectations about the proper link between citizens and states are being reconstituted in two clear ways: 1. The acknowledgement of the dangers of states’ exclusive control over their citizens is being restricted or withdrawn 2. Unilateral declarations on the responsibility of third states for noncitizens are being operationalised. The result is a much degraded normative framework of individual personhood, which points to a tendency of inter-state recognition to challenge ostensibly universal individual rights.