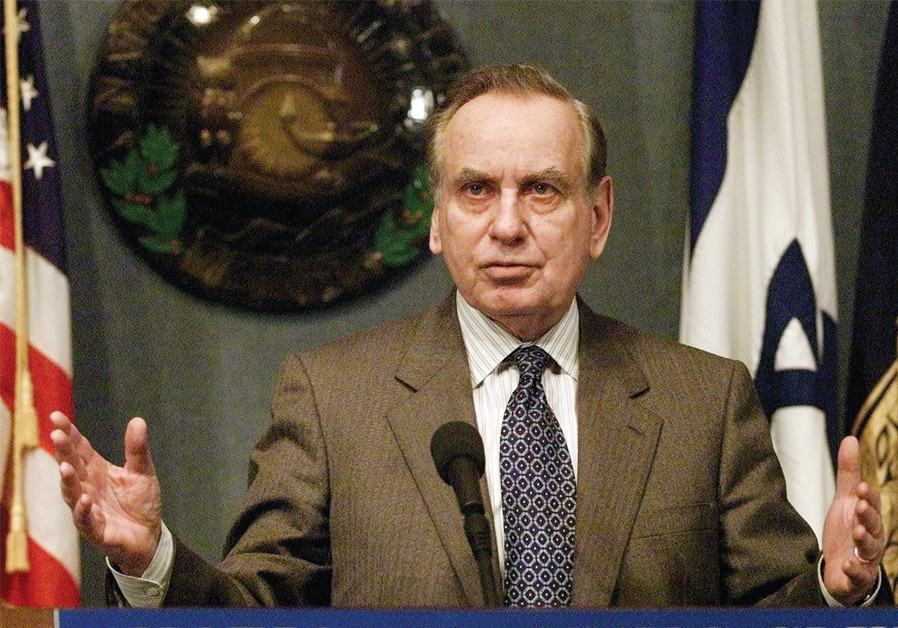 Neville Teller, jpost.com
In a new memoir, Zalman Shoval recounts his early political life, working with David Ben-Gurion and serving at the UN and as US ambassador

Image from article, with caption: Former Ambassador to the US Zalman Shoval speaks at an appearance in Washington in 2001Excerpt:

Zalman Shoval made aliyah in 1936 at the age of 12. Mandate Palestine was in turmoil, and it was not long before he got caught up in the political excitement. At 14, the enthusiastic young Zionist penned an essay describing the future Jewish state that he was certain would soon emerge. His principal gathered the students together to listen to Shoval read his essay out loud. This, Shoval recalls in Jerusalem and Washington: A Life in Politics and Diplomacy, was his first political appearance in public.
That day marked the beginning of a life largely devoted to the internal politics and foreign policy of Israel. Starting with the prestate struggle against the British administration, Shoval’s career in the political sphere mirrors the history of Israel itself. Along the way, he was elected to the Knesset from time to time, and also served two terms between 1990 and 2000 as Israel’s ambassador to the United States. …
[H]e was appointed to Israel’s delegation to the UN, where he honed his abilities in political public diplomacy [JB emphasis]. Following the historic visit of Egyptian president Anwar Sadat to Jerusalem in 1977, Shoval was directly involved in the negotiations that led to the Israel-Egypt peace treaty, and was present throughout the Camp David discussions between Begin, Sadat and US president Jimmy Carter in 1978. …