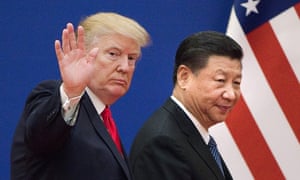 Editorial, The Guardian, Mon 31 Dec 2018; original article contains links
The world in 2019: The vexed politics of our times has obscured the view ahead. Over the holidays we are examining some big issues on the horizon. Today we look at tensions between the leading global powers