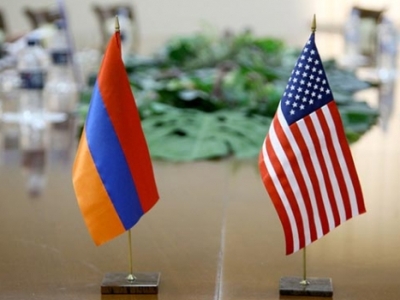 [T]he United States should increase its current military engagement with Armenian counterparts on disaster preparedness, improved interoperability with NATO forces, and defense reforms. Such moves will deepen ties with the West over time. Renewed public diplomacy [JB emphasis] initiatives advancing English language training, U.S. values, and U.S. culture will both strengthen economic and cultural ties and help Armenians resist disinformation. Nuanced approaches like these, and the economic measures suggested below, will help Washington avoid openly provoking Moscow while enabling Yerevan to substantiate its multipolar orientation. …
CONCLUSIONS
The global struggle for democracy is as difficult as it has been in decades. Democratic breakthroughs, however rare in recent years, are a reminder that well-organized and inspired citizens can reclaim control of their government and restore their faith in a better future. The political transition under way in Armenia presents an opportunity for the United States to assist an important ally and restore support for democratic partners abroad that are inspired by the same values that animate U.S. citizens’ own efforts to preserve their institutions at home.
Ray Salvatore Jennings is an independent scholar and development practitioner who has worked in societies undergoing democratic transition for more than twenty-five years. He currently advises the U.S. Agency for International Development and the World Bank on transitional development. The views expressed in this article are his own.