A Tale of Metrics: Japan’s Wartime News and Propaganda 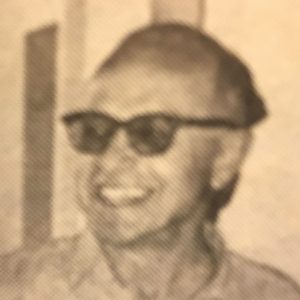 Donald M. Bishop, publicdiplomacycouncil.org, February 26, 2019
“Metrics,” “data,” “evaluation,” and “results, not outputs” have proven to be real challenges for Public Diplomacy [JB emphasis] and strategic communication. So has demonstrating that a program, activity, or campaign “moves the needle.” Yesteryear Foreign Service Officers at U.S. Information Service posts religiously tallied “placements.” From time to time, USIA’s research office commissioned surveys. At the dawn of the social media era, counting “hits,” “page views,” followers, “likes,” and “friends” had its day. Now, “big data” seems full of promise.Once upon a time, however, the tools of measurement were a ruler, a pencil, and a notebook. Reading an account of those pioneer days may give a brief respite from current headaches. Everyone needs an occasional chuckle.In the 1970s, Foreign Service Journal ran a series of articles, “Tales of the Foreign Service,” later gathered in a book. Copies of the volume are treasured for their stories of the “old” Foreign Service. One chapter addressed measurement.

Robert Janz, courtesy of the Green Valley News and Sun.It was written by Robert Janz (1903-1985), whose assignments included Guatemala City, Bahia, Sao Paulo, Ciudad Trujillo, Lisbon, Colon, and Cali. After he retired, he co-founded a southern Arizona newspaper, the Green Valley News and Sun.Sometime before Pearl Harbor, the State Department wanted to know more about the reach of Japanese propaganda. Janz’s light-hearted anecdote shows that thinking about “metrics” was not far advanced. And he made a pithy comment on the difference between Japanese and American propaganda that remains striking.In the 1930s some State Department officer with time on his hands must have realized that one sure way to acquire a little busy work would be to send a circular . . . instructing every post to make a study in its district of the amount of Japanese propaganda published by local newspapers during a specified three-month period as compared to American news. In those days, all Japanese news was propaganda, and all American propaganda was news, (my emphasis).At my post I was assigned the task of preparing the report. As work was rather slack in those depression days, I decided that the way to achieve absolute accuracy was to measure physically all the pertinent Japanese and American news in all the local papers during the three months designated in the instruction. I later found that most other posts must have been equally inactive, for they followed much the same method.

The Asahi Shimbun reports the fighting at the Marco Polo Bridge, July 9, 1937.My report went in, and I promptly forgot it . . . until a few months later when I checked in at the Department on home leave. Someone was needed in the press section, then known as the Division of Current Information, to act as a relief while the assistant went on vacation. . . After a few days Mike took me over to a file cabinet, which he said contained several hundred reports that he had not requested but which had been unloaded on him, something about Japanese-American press coverage. Would I, he asked, read them and prepare a single report summarizing them?It was a lengthy task, lightened only by the pleasure of first pulling out my own report and marking it “Excellent.” Eventually I finished my summary, bouncing it lovingly in my hands much as a father bounces his young child, feeling its weight, for in those days weight was all-important in the judging of reports.I offered my baby to Mike. He showed no love for the multi-fathered bastard. He suggested that I find out who had drafted the original instruction and take the summary to him, trying at the same time to ease the whole file drawer upon the villain. . . [I discovered] he had once worked in the section but was now gone, leaving behind him massive evidence of his ingeniousness.

This profile sketch of Robert Janz appeared with his regular column. Courtesy of the Green Valley News and Sun.His office did not wish to accept the two hundred fifty reports. How to dispose of them? It was not wise, I thought, to resort in CI to the method I had sometimes followed abroad, burning useless records and then reporting to the Department that I had suffered a small fire which fortunately had destroyed only a few unimportant papers. So in the end I sent the reports to the file room, where they doubtless still reside, awaiting some other arsonist with more courage than I had.Japanese historians and journalists confirm Janz’s handy formula that “all Japanese news was propaganda.” A broad outline of Japanese media censorship and propaganda during World War II (which Japan opened in 1937 in China) can be found on Wikipedia. A 2015 Japan Times article noted that the Cabinet Information Bureau “banned the publication of state secrets,” and it would “play up government attempts to resolve the war in China,” hold “constant briefings at the Diet . . . and then sit in on meetings with editors where they would tell the media what was banned, what they would not like published, and how the papers might spin particular stories to avoid censorship.” The article concluded “The result would be little more than propaganda about war, virtually all of it false.”*Source: Robert Janz, “De Jubilacione,” in Tales of the Foreign Service, Ralph Hinton, ed., Columbia, University of South Carolina Press, 1978, 164-166.
*The Japan Times article also criticized censorship of the Japanese press during the American occupation.