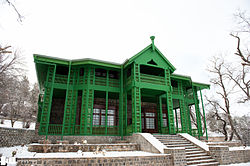 On Tuesday, news broke that Aslam Baloch, the mastermind of the recent attack on the Chinese Consulate in Karachi, Pakistan, had been killed in a suicide attack in Afghanistan. While no group has accepted responsibility for the attack, the greatest celebrations were seen among Pakistani military officials, the country’s right-wing media, and centrist politicians. …
In recent years, the Baloch sense of insecurity has dramatically increased because of China’s growing presence in Balochistan under the umbrella of the China-Pakistan Economic Corridor (CPEC). While the majority of Pakistanis are excited about the Chinese investment, the Balochs, who have had a horrific history of being exploited and militarily knocked down by the Pakistanis, fear the arrival of the Chinese because they suspect China and Pakistan of collaborating to marginalize them further in the name of “development.”
In a desperate attempt to scare the Chinese or at least convey a warning, three activists from the BLA carried out a failed attack on the Chinese Consulate in Karachi on November 23. Security officials responded swiftly and killed all three attackers. However, the BLA and its supporters did not necessarily view the outcome as a failure. Since the attack targeted the Chinese diplomatic mission, it drew more media attention than a normal attack by insurgents inside Pakistan; the Baloch guerrillas believed that at least it helped them convey a message to the world that they oppose the Chinese presence in Balochistan.
However, the attack put the Pakistani authorities under pressure not only to make sure that they went after groups that threaten Chinese personnel, projects and interests inside the country but also to take measures to guard China’s multibillion-dollar investment in CPEC.
Apparently, Islamabad isn’t going so far as to take credit for the attack that killed the senior BLA leader, but it will still happily walk up to the Chinese with some “great news,” as the senator from Balochistan put it, that the enemy has been weakened and the mastermind of the consulate attack has been brought to justice.
Coincidently, I had interviewed Aslam Baloch four days before his assassination. He sounded obsessed with and incensed by China and its growing activities in Balochistan. I asked why his organization had executed the Karachi strike; he said, “The objectives were obvious. China and Pakistan are partnering to challenge the future of the Baloch people under the disguise of development. They want to outnumber us in Balochistan.”
Unrepentant of the consulate attack and unafraid to continue the resistance, Baloch, 43, ruled out the prospects of any compromise with the Chinese. All he wanted was for Beijing to “give up all your exploitative developmental projects and get out of Balochistan.” I asked if any terms and conditions could bring all sides to the negotiation table; there was no such hint.
“We are fighting a war for our survival,” he said. “We can’t afford to compromise on the collective future of the Baloch people.”
Deep resentment and genuine grievances aside, the Baloch nationalists do not have a solid game plan to win their battle against Beijing and Islamabad. For years, their under-resourced movement has been based on the false hope that someday the world order will change and global powers such as the United States or India will come to help them win their freedom.
As things stand today, no country in the world, including the US and India, seems to favor destabilizing or disintegrating Pakistan. I talk to a lot of Baloch leaders and activists. They don’t seem to get this reality or at least acknowledge it.
It is indeed unwise to base an entire movement merely on a policy of hope. The miracle of foreign assistance for the Baloch did not happen in the past decade; it will probably not occur any time soon.
With US President Donald Trump’s recent announcement to the withdrawal of 7,000 of American troops from Afghanistan, the Baloch nationalists will have to prepare for harsh days ahead, as Afghanistan under the influence of the Taliban will no longer be a safe sanctuary.
With China, Pakistan, Iran and a Taliban-led Afghanistan, the Balochs will be surrounded by hostile forces on all sides. But while it might seem tempting and comfortable for the big powers to eliminate the Baloch nationalists militarily using proxies such as the Taliban, they must exercise restraint and find a way for a political settlement. There is no shortcut to peace. All stakeholders must commit to undergoing the ordeal of tough negotiations and agree to give up their stated positions on various policy issues.
If proxy groups or local death squads are used to find a prompt resolution in Balochistan, it might lead to a new humanitarian crisis and bloodbath. The Chinese deputy chief of mission in Islamabad has been belligerent, condescending and disrespectful in his public diplomacy [JB emphasis] and outreach to the Pakistani public in general and the Balochs in particular. This is deeply disconcerting and such behavior needs a quick correction.
The thousands of Balochs who have migrated to Iran or Afghanistan because of the ongoing conflict should be assured that their home is safe and they will not be attacked or harassed if they return. They should be resettled and rehabilitated honorably instead of left at the mercy of the groups that are imbued with a spirit of revenge and punishment toward their enemies.
All parties must listen to one another’s perspectives and find a peaceful solution to the prolonged insurgency in Balochistan, which has claimed thousands of lives. China must do its share to address the Baloch reservations to ensure the success of its engagement in Balochistan. If Pakistan can support talks with the Taliban, why can’t it do the same in Balochistan?
Asia Times is not responsible for the opinions, facts or any media content presented by contributors. …
Malik Siraj Akbar is a Washington-based journalist and political analyst. He has a master's degree in public administration from Harvard University's John F Kennedy School of Government.
Original Article