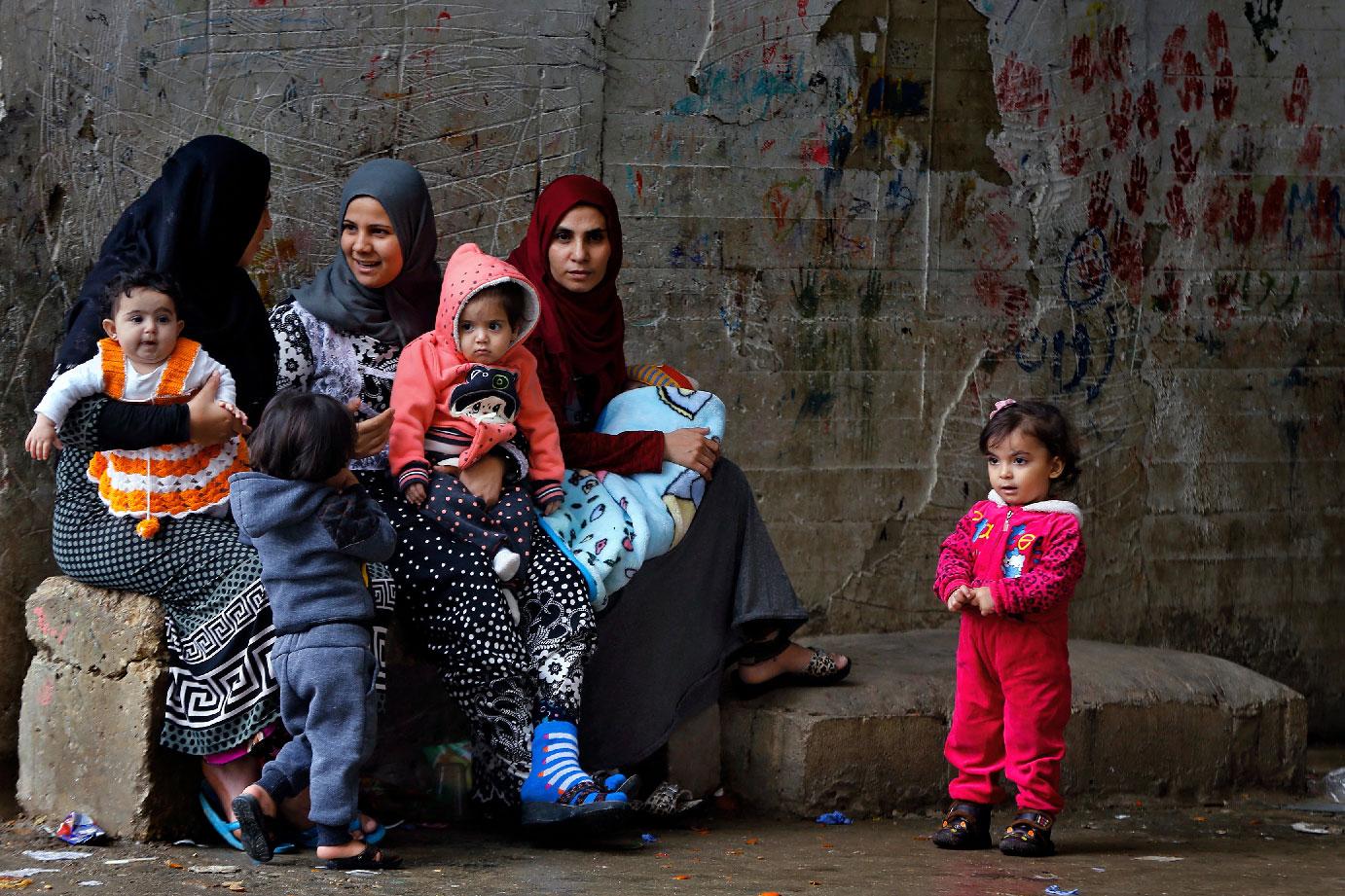 Western governments and rights groups say it is premature to encourage the refugees’ return.

Image from article, with caption: Syrian refugees women hold their children as they sit in Ouzai refugee compound, in the southern port city of Sidon, Lebanon.
BEIRUT – Even as Russia pushes to repatriate Syrians who fled their country during the civil war and the UN Refugee Agency (UNHCR) forecast that 250,000 could return to Syria in 2019, many are unwilling to go back, citing safety concerns and uncertainties shrouding Syria’s future.
Only a trickle of the estimated 6 million refugees, mostly hosted in neighbouring Lebanon, Jordan and Turkey, have been repatriated since violence subsided and the Russians began their initiative to facilitate their return in July.
Eager to show a normalising situation in Syria, Russia stepped up efforts to encourage the refugees’ return arguing that the fighting is over and terrorism has been largely stamped out.
“The conditions allow their repatriation now,” said Russian Ambassador in Lebanon Alexander Zasypkin. “When it has become possible, we raised the issue and encouraged their return but the international community looked at the initiative as a political matter, whereas we see it from a humanitarian aspect and we think that it should be implemented regardless of political differences and without linking it directly to a political settlement.”
He stressed the importance of international investment for reconstruction to woo the refugees home.
“The West should be concerned and we tell the French and Germans that such investment is in their interest, since they have many refugees, but their position is political and it is linked to a settlement which they interpret as transferring powers from the authorities to the opposition and this is utterly not acceptable by Damascus,” Zasypkin said.
“The Russian position is that we want a settlement through national Syrian dialogue but if reconstruction investment is conditioned by a political agenda, we say it will not happen,” he added at a discussion of the Russian initiative.
Western governments and rights groups say it is premature to encourage the refugees’ return. They fear refugees would face persecution in government-controlled areas in the absence of security guarantees and a comprehensive political agreement.
Syria’s 7-year conflict displaced nearly half the country’s population, with an estimated 6 million people internally displaced and 5.6 million fleeing the country.
While Turkey has the highest number of refugees, more than 3 million, Lebanon is home to about 1 million refugees registered with UNHCR and Jordan hosts some 700,000 registered refugees. Both Amman and Beirut say their real numbers are bigger and that they can no longer afford to host them.
Lebanese Minister of State for Refugees Affairs Mouin Merhebi said some refugees who returned to Syria from Lebanon have been killed, detained or tortured, abuses that deter others from returning.
“We have this information from their families. They tell us ‘we wish to go back home but we need such practices to stop.’ They believe the authorities don’t want them back,” Merhebi said.
He said fewer than 15,000 Syrians have been repatriated from Lebanon since June. The Syrian authorities receive a list of those wishing to return and clear them before they are allowed back.
“There is no country in the world that gives permission to its own citizens who have fled death and destruction to return home, as if they need an entry visa,” said Merhebi, who is a harsh critic of the Syrian government.
“It is clear that the regime is seeking to change the demography of Syria. We have heard comments (by the Syrian regime) such as having a 10 million loyal population is better than 30 million non-loyal,” he added.
The Russian military said, nearly 114,000 Syrian refugees returned to the country in 2018. The figure is much higher than the one revealed by UNHCR, which estimated the number of returnees since 2015 at 117,000, including 37,000 in 2018.
Moscow launched military operations to help Syrian President Bashar Assad’s forces in 2015, changing the tide of the war in his favour.
Despite the winding down of Syria’s devastating conflict which has killed nearly 500,000 people since 2011, massive hurdles face returnees, besides security concerns.
These range from documentation confirming identity and property in Syria to a dire lack of education, health care and sanitation. There is also the issue of mandatory conscription in the army.
UNHCR predicted that up to 250,000 refugees could return in 2019 if conditions allow it. "That figure can go up and down according to the pace with which we are… removing the obstacles to return," said Amin Awad, UNHCR head of MENA operations.
In view of the existing situation, one may ask whether the Russian initiative for repatriating refugees is premature.
“I don’t think Russia expected the initiative to be welcomed right away,” said Dimitri Trenin, director of Carnegie Moscow Centre. “It is an element of Russia’s public diplomacy [JB emphasis]. The political process is going to take time and the initiative puts Russians in a favourable light. It shows the way, with the hope that at some point there will be some sort of a settlement in Syria coupled with some sort of reconstruction effort.”
Partial fixes are possible even in the absence of a comprehensive political settlement, said Trenin, who was in Beirut for an annual Carnegie conference.
“The Russians are interested in getting the follow-up for their military intervention, in other words, a more or less stable Syria where Russia plays a certain role. For that you need not just a cessation of hostilities, but also a reconstruction effort to take off,” he said.
Underscoring the importance that the West engages more closely with Russia, Trenin argued that “all sides ought to be more realistic.”
“The Russians should not expect Western money simply flowing into Syria while the conditions there remain what they are today. The Europeans need to recognise that before there is a final settlement, there are things that could be done to ensure that a settlement is eventually achieved and one of those things is the return of the refugees.”
Samar Kadi is the Arab Weekly society and travel section editor.
This article was originally published in The Arab Weekly.
Original Article