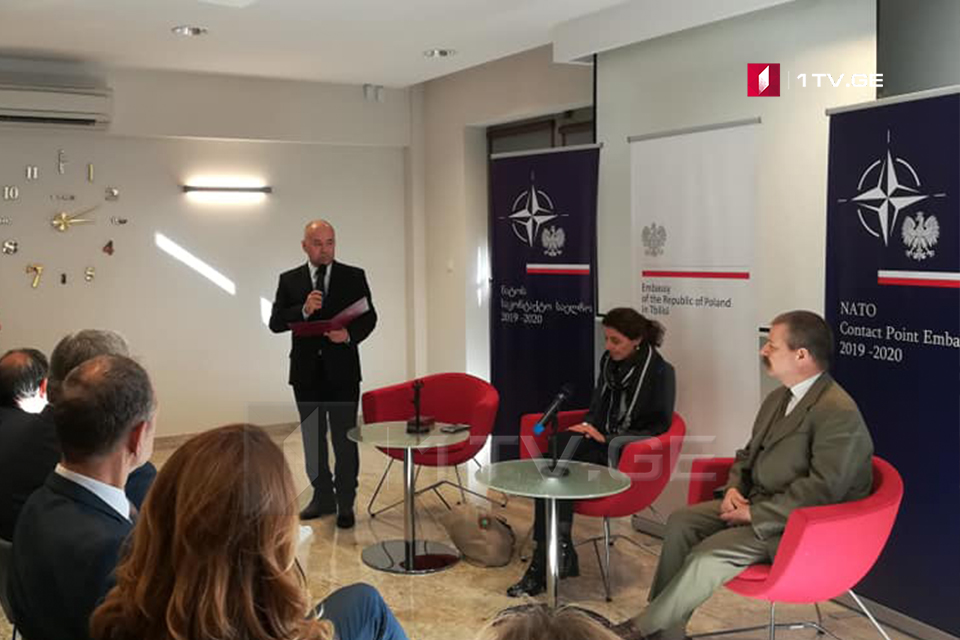 uncaptioned image from article
The Embassy of Poland will become a contact point embassy between NATO and Georgia. The network of contact point embassies was established in the 1990s as a form of support between NATO and Partner states.
Mariusz Maszkiewicz, Ambassador of Poland to Georgia said that the project would contribute to the high social support to Georgia’s integration into NATO. “I am glad that the Polish Embassy has been assigned such a prestigious and responsible function. Poland has always been a faithful friend of Georgia and has served as its constant advocate on international forums for many years,” Maszkiewicz stated.
Since the early 1990s, NATO has developed a network of Contact Point Embassies (CPE) to support the Alliance’s partnership and public diplomacy [JB emphasis] activities in countries participating in the Euro-Atlantic Partnership Council (EAPC), Partnership for Peace (PfP), Mediterranean Dialogue (MD) and Istanbul Cooperation Initiative (ICI). Following the review of NATO’s partnerships policy in April 2011, the network of CPEs has also been extended to other partners across the globe.
CPEs are a valuable tool which contribute to NATO’s outreach efforts. In every partner country, an embassy of one of the NATO member states serves as a contact point and operates as a channel for disseminating information about the role and policies of the Alliance. In addition to this public diplomacy role, the CPEs mandate has been extended to also include support – as required – for the implementation of other agreed activities with partners.
Original Article