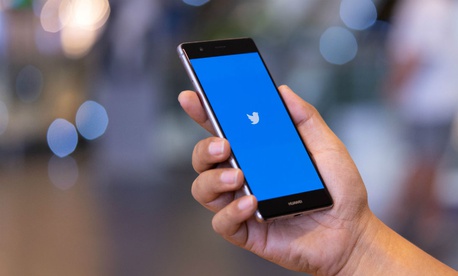 uncaptioned image from article
At least four U.S. ambassadors overseas ran afoul of State Department guidelines by posting unofficial “personal” items on social media, an inspector general found.
In a just-released “management assistance report,” the watchdog called for clarity in State’s policy after performing a review based on allegations sent to its whistleblower hotline. The Facebook and Twitter accounts of 138 ambassadors were identifiable as of last September, the IG reported, noting that some used pseudonyms or go by a name too common to easily track.
The IG stressed that social media postings of official State materials are encouraged as “tools of diplomacy” for “innovative” use by bureaus, embassies and consulates. But the posting of materials—such as articles on relevant topics that are not official—is forbidden without advance review by designated authorities, such as the Bureau of Public Affairs.
Four envoys were found “to varying degrees,” to have posted, as private citizens, “original content that related to issues that were clearly of departmental concern,” the IG found.
Official social media accounts, according to the manual, must be managed by the department and clearly labeled in a consistent style. Personal accounts must still follow certain rules. Under the Federal Records Act, the report said, “if an employee uses his or her personal social media account for official communications, those accounts are then considered department accounts and must either be retained by the department for use by the next incumbent or retired in accordance with applicable records disposition schedules.”
Examples of proper use of Twitter, for example, included one ambassador’s tweets “to support sanctions against Iran and to encourage corporations not to do business in Iran,” the IG wrote. Another ambassador used a personal Twitter account to endorse the resumption of diplomatic ties between the European Union and the ambassador’s host nation.”
But the public affairs office reported that none had obtained review before posting the messages.
“OIG found that the [manual] itself does not clearly distinguish between official and personal postings,” the report said.
The IG recommended that State’s Office of Policy, Planning and Resources (run by the undersecretary for public diplomacy [JB emphasis] and public affairs) update the Foreign Affairs Manual, more regularly alert employees to the guidelines, and monitor individual social media use.
In a letter to the IG whistleblower ombudsman Jeffrey McDermott, State agreed with all three.
Original Article