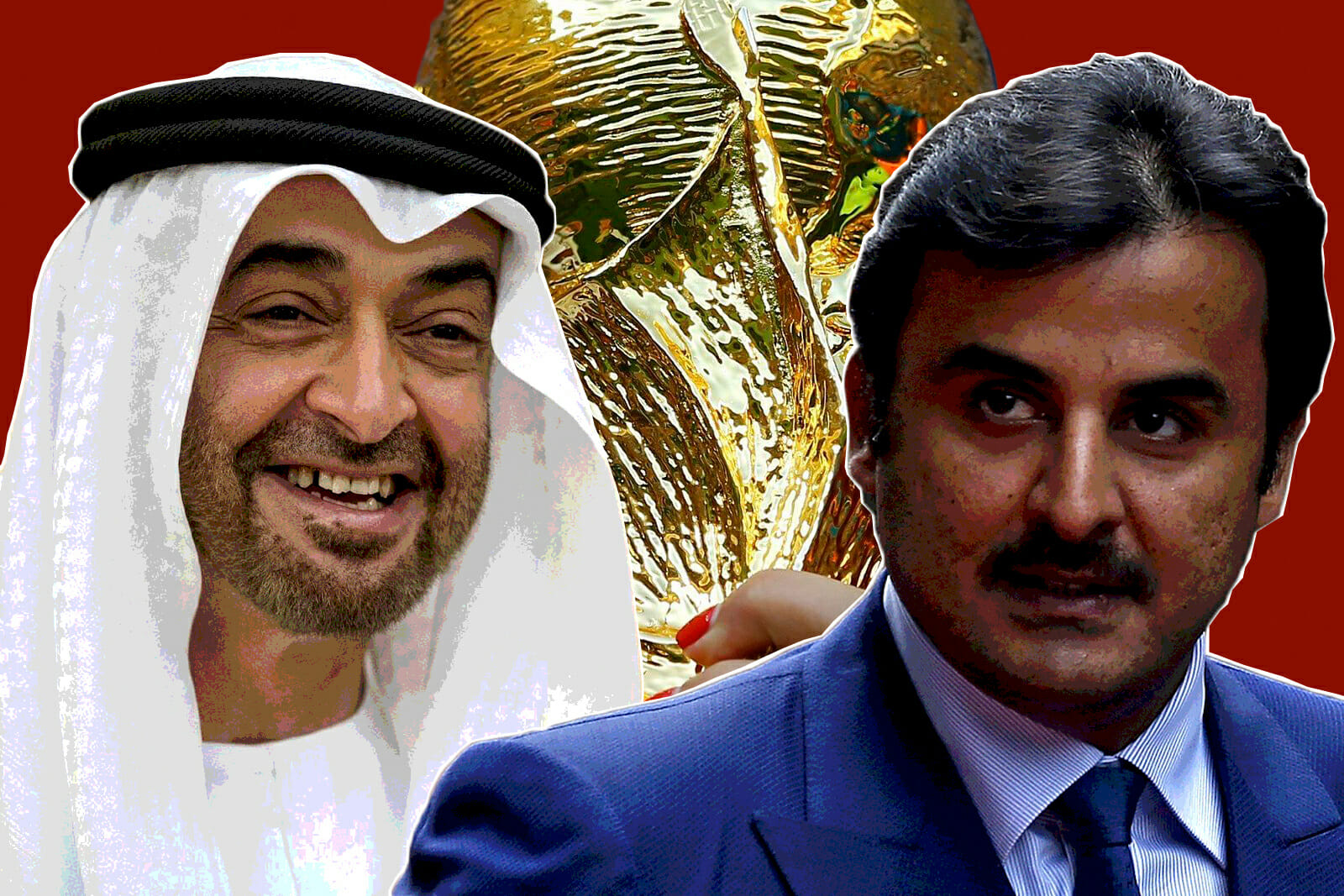 With the 2018 World Cup in Russia behind it, the soccer world’s focus shifts to the 2022 tournament in Qatar. Politics and the Gulf’s internecine political and legal battles have already shaped the debate about FIFA’s controversial awarding of World Cup hosting rights to Qatar. The battles highlight not only the sport’s dominance in the Middle East by autocratic leaders but also the incestuous relationship between politics and sports that is at the root of multiple scandals that have rocked the sports world for much of this decade and compromised good governance in international sports.
Three men symbolize the importance of soccer to Gulf autocrats who see the sport as a way to project their countries in a positive light on the international stage, harness its popular appeal in their cultural and public diplomacy [JB emphasis] campaigns, and leverage it as a pillar of their efforts to garner soft power: Qatari Emir Sheikh Tamim bin Hamad Al Thani and his nemeses, United Arab Emirates Crown Prince Mohammed bin Zayed and Saudi sports czar, Turki al-Sheikh, one of Saudi Crown Prince Mohammed bin Salman’s closest associates. …
Benefits outstrip reputational risk
Mr. Al-Sheikh and his boss, Prince Mohammed, share with the crown prince’s UAE counterpart and namesake, a belief that the public diplomacy and soft power fruits of harnessing sports outstrip reputational risks. Simon Pearce, Abu Dhabi’s director of strategic communications and a director of Manchester City, the British club bought by UAE Crown Prince Mohammed’s brother but controlled by the de facto Emirati ruler’s men, said as much in leaked emails to Mr. Al-Otaiba, the UAE ambassador in Washington. …