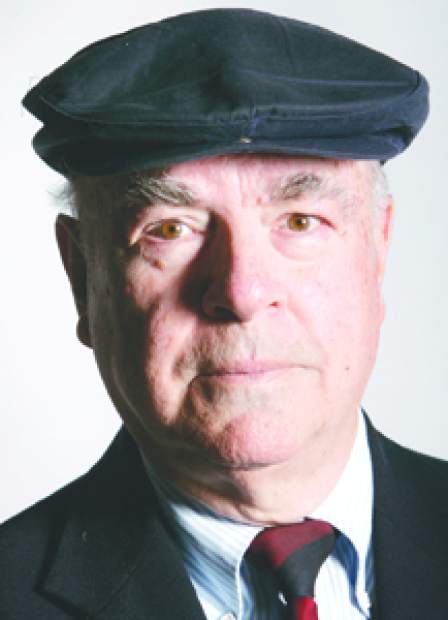 Farmer image from article
As the late President George H.W. Bush (Bush 41) was being laid to rest in recent days, a grateful nation honored him as president and as a prominent member of what Tom Brokaw calls the Greatest Generation, men and women who won World War II and came home to continue serving their country. They lived by four important words — duty, honor, country and family — and we'll miss them when they're gone.
I was touched by the moving tributes to Bush 41, one of the youngest U.S. Navy pilots at the outset of World War II. Although he was born with the proverbial silver spoon in his mouth, he enlisted in the Navy at the age of 18 in 1942. His eloquent biographer, Jon Meacham, described Bush as "America's last great soldier-statesman, a 20th century founding father," and lauded the courage Bush showed when, as a 20-year-old Navy pilot, he parachuted from a burning plane over the Pacific Ocean. How many of today's 20-year-olds have that kind of courage and devotion to duty?
Bush 41's son, former President George W. Bush, said his father was "a gentleman who executed the duties of his office with dignity and honor," served with integrity and honor, and "with love in his heart for the citizens of our country," even when they voted for someone else.
That's how I remember Bush 41 even though I didn't agree with all of his policies. As a member of a State Department public diplomacy [JB emphasis] task force during the first Gulf War, I disagreed with his decision to put the Defense Department in charge of rebuilding postwar Iraq, instead of State and the U.S. Agency for International Development (USAID).
My friend Ty Cobb, a retired Army colonel who served in the Reagan White House, recalls Bush "as a man who dedicated his life to his family and his country, guided by a commitment to leading with decency, thoughtfulness and civility." Cobb also noted Bush 41 won the first Gulf War and presided over the downfall of the Soviet Empire, signature accomplishments.
Another friend, retired Senior Foreign Service officer Marilyn Meyers, who was my boss in Australia, recalled a December 1990 White House encounter with Bush 41 when she was deputy assistant Secretary of State and a new ambassador from Micronesia was presenting his diplomatic credentials to the president. "The president launched into a tale of his days in the South Pacific as a Navy fighter pilot and the ambassador sat there transfixed without saying a word," Marilyn remembered.
She made sure the Micronesian diplomat could say his piece and as she was walking out of the meeting room a photographer took a photo of her and the president "with a Christmas tree reflected in a mirror in the background." "I still have that photo in the guest bedroom of my apartment here in Washington," she told me, adding she was proud to be one of the local volunteers during the late president's funeral service at the National Cathedral. "I had tears in my eyes," she said, "and I think you can understand why." Of course I understand.
Bush 41's son, George W., broke down when describing his father as "a great and noble man, and the best father a son or daughter could have," and there wasn't a dry eye in the Cathedral.
Without wishing to make any invidious comparisons, I'll close with a personal observation: President Trump and his lovely wife Melania looked as if they were marooned on a desert island in that sea of mourners at the National Cathedral. Draw your own conclusions.
Guy W. Farmer is the Appeal's senior political columnist.
Original Article