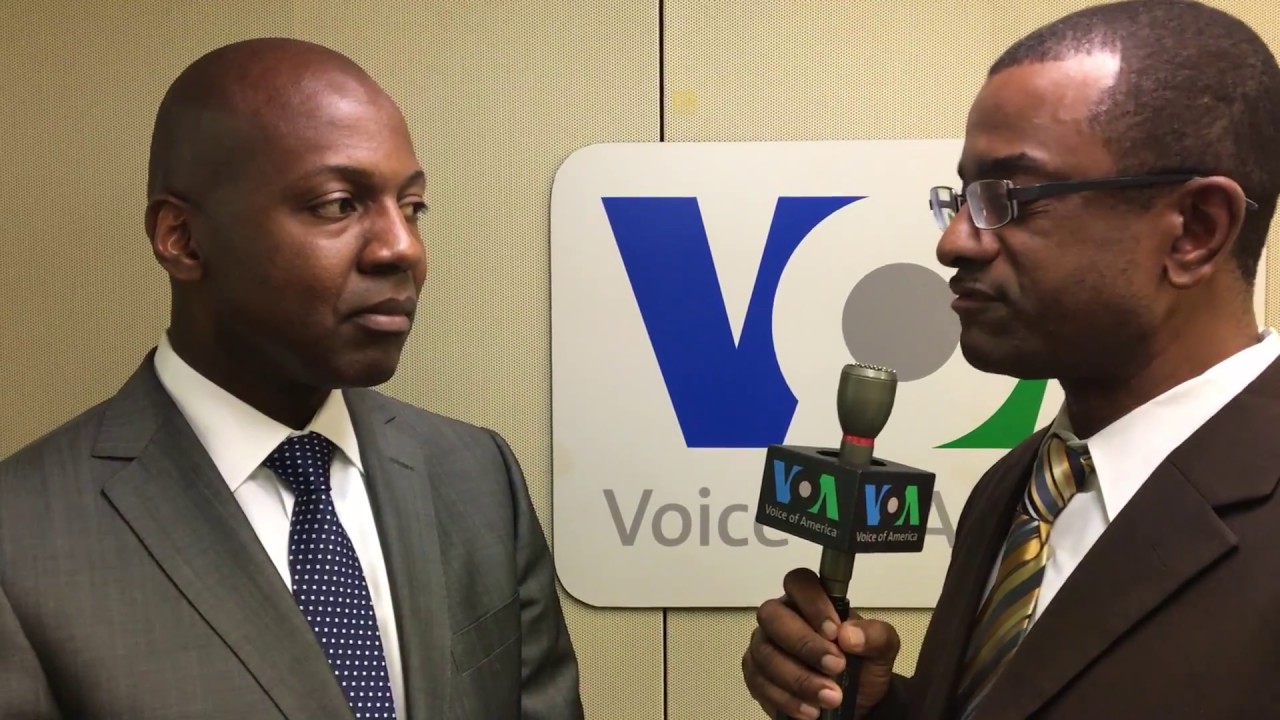 Image (not from article) fromExcerpt:

MIAMI. Haiti's man in Washington, an ambassador with seven years under his belt defending his country's image, has been recalled.
At a time when Haiti is facing critical issues that need representation before the Trump administration, Paul Altidor received a letter on Tuesday informing him that his services will no longer be needed. The recall was effective immediately.
"We accomplished a lot here at the embassy," Altidor said.
He took Haiti's diplomatic mission on Embassy Row in Washington from a place where Haitians only went to get passports and resolve document issues to a cultural hot spot where visitors could bask in Haitian culture from art to cooking to artistry.
Altidor, 45, had submitted his resignation to President Jovenel Moise a year ago. But the president had asked him to stay on, and in recent days had found himself fielding calls from concerned U.S. lawmakers and their staffers about the ongoing violent demonstrations that have rattled Haitians and paralyzed major cities. …
Adding to those concerns is that the recall comes just days before Haiti Foreign Minister Edmond Bocchit is scheduled to meet with President Donald Trump's national security adviser John Bolton.
Bocchit, who last week visited the Center for Strategic and International Studies and State Department with influential Haitian businessman Andy Apaid, has been seeking out support for the Moise administration in Washington ever since Haiti agreed to broke with longtime ally Venezuelan leader Nicolas Maduro and recognize acting opposition leader Juan Guaido as president.
Apaid, a Moise supporter, led the civil society movement that forced the ouster of President Jean-Bertrand Aristide from power in 2004 amid a bloody revolt.
A former adviser for the World Bank's International Financial Corporation and vice president of the Clinton Bush Haiti Fund, Altidor came into the ambassador's role with no public diplomacy [JB emphasis] experience during President Michel Martelly's administration.
Determined to change the narrative of his crisis-plagued country, he opened up the embassy to congressional lawmakers, fellow ambassadors and Haitians. Among those who have visited the mission: House Speaker Nancy Pelosi, Georgia Democratic Rep. John Lewis and media executive and entrepreneur Cathy Hughes of Radio One.
"We opened the embassy up to the outside public," Altidor said, noting that instead of going to meet members of Congress on Capitol Hill, they often came to him. And very often these meetings were held not in the top floor office, but in the bottom-floor kitchen where Altidor often invited lawmakers to join him in a meal of Haitian cuisine as they discussed topics relevant to Haiti.
One memorable meeting occurred in September 2017 as the Trump administration weighed whether to extend temporary protected status, TPS, for Haitians. In between meetings with U.S Department of Homeland Security officials and immigration advocates, Altidor hosted an intimate dinner for about half a dozen Democratic lawmakers to craft a new strategy he hoped would convince the White House to extend the temporary program that has allowed thousands of Haitians to work and live in the U.S.
The strategy didn't work, but the dinner accomplished something else.
"We have institutions coming to our doors, people who would not be otherwise interested in Haiti," said Altidor, a graduate of Massachusetts Institute of Technology who also pursued graduate studies in law and economics at the University of Paris X, in France.
In January 2018, Altidor was in the U.S. spotlight again when it was reported that Trump referred to Haiti and other African nations as "shithole countries." He was the first and only Haitian government official to respond to the remark, saying he vehemently condemned it and would use the publicity to continue to introduce a new narrative around Haiti.
That narrative has involved getting Americans to see Haiti as a country that is capable of luring investments, and to see Haitians as hard workers who contribute to the fabric of America. No longer did Altidor want Haiti to be viewed in university circles as a place where college students can just do charitable work.
"I made a point to ensure that the U.S community get a glance of the Haitian package, not just some of the bad things like we are seeing right now," he said, "but from the history to the culture. Folks should know about that. And we've made significance progress."
Still his efforts weren't always appreciated. Critics accused him of spending too much time on community relations rather than diplomacy while lobbyists and want-to-be lobbyists, sometimes went around him as they escorted Haitian government officials and parliamentarians to meetings on Capitol Hill and at the State Department. The move often created confusion over who was speaking on behalf of the government.
Even DHS officials once questioned Altidor's credentials, insisting that he was speaking more on behalf the Haitian diaspora rather than the government when pushed for TPS renewal on behalf of Haitians in the United States. He went as far as writing a letter on behalf of the Moise administration when Port-au-Prince refused to do so even at the insistence of the U.S. Embassy in Port-au-Prince.
Altidor, who points his embassy's 24-hour turnaround for Haitian passports among his accomplishments, said he's proud of the fact that he's managed to generate conversations around non-political issues that he felt needed to be addressed.
"The embassy became a relevant institution in the Haitian conversation in Washington, D.C., and beyond," he said.