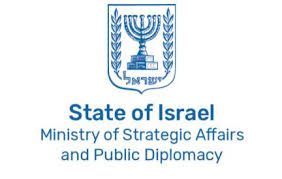 Israel’s Strategic Affairs and Public Diplomacy [JB emphasis] Ministry is using information from the controversial right-wing website Canary Mission, to bar political activists from entering the country, according to documents obtained by Haaretz.
The internal documents, some of which were submitted to the appeals tribunal in the appeal against the deportation of American student Lara Alqasem, show that officials briefly interviewed Alqasem, 22, at Ben-Gurion International Airport on her arrival Tuesday night, then passed her name on for “continued handling” by the ministry because of “suspicion of boycott activity.” Israel recently passed a law banning the entry of foreign nationals who engage in such activity. …