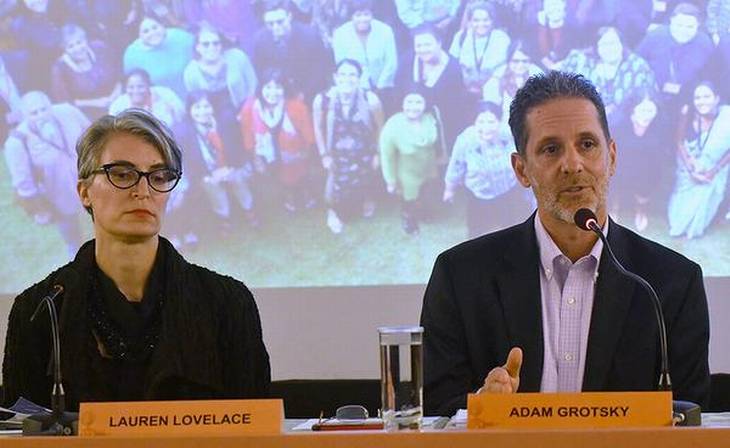 Image from article:Learning opportunities: Lauren Lovelace, Consul for Public Diplomacy and Public Affairs at the U.S. Consulate General in Chennai, and Adam J. Grotsky, Executive Director, USIEF, in Kochi on Wednesday
Science, technology, engineering, mathematics courses remain most preferred
There has been a steady increase in the number of Indian students pursuing their higher studies in the United States over the last 10 years, according to Adam J. Grotsky, Executive Director of United States-India Educational Foundation (USIEF).
“Currently we have under 2,00,000 Indian students in the U.S. There has been an approximate 2.6% or 3% increase last year compared to the year before,” he said at a media interaction on the sidelines of the Fulbright South and Central Asia Annual Conference hosted by the USIEF that concluded here on Wednesday.
Mr. Grotsky said STEM (science, technology, engineering, mathematics) areas remained the most preferred among Indian students. “U.S campuses are extremely excited to welcome Indian students and international students in general as they add diversity to the campus We recognise that Indian students have been very well focused. They are wonderful contributors not just to their departments but to the campuses as well,” he said.
Mr. Grotsky said that about 100 scholars from India undertake various programmes in the U.S. as part of the Fulbright-Nehru fellowship while 40 others take up State-funded programmes every year.
Lauren Lovelace, Consul for Public Diplomacy [JB emphasis] and Public Affairs at the U.S. Consulate General in Chennai, said there was such a wealth of other opportunities in addition to science, technology and engineering for Indian students who wanted to pursue their higher studies in the U.S.
“One example is that we are going to host an international education conference together with the Students’ Biennale at the Kochi-Muziris Biennale in March, where American educators will come down and talk on higher education opportunities in fine arts in the U.S.,” she said.
Fulbright application
Mr. Grotsky said the USIEF was currently accepting applications for its various Fulbright programmes in the United States for 2020-21. More details can be had from http://www.usief.org.in.
Original Article