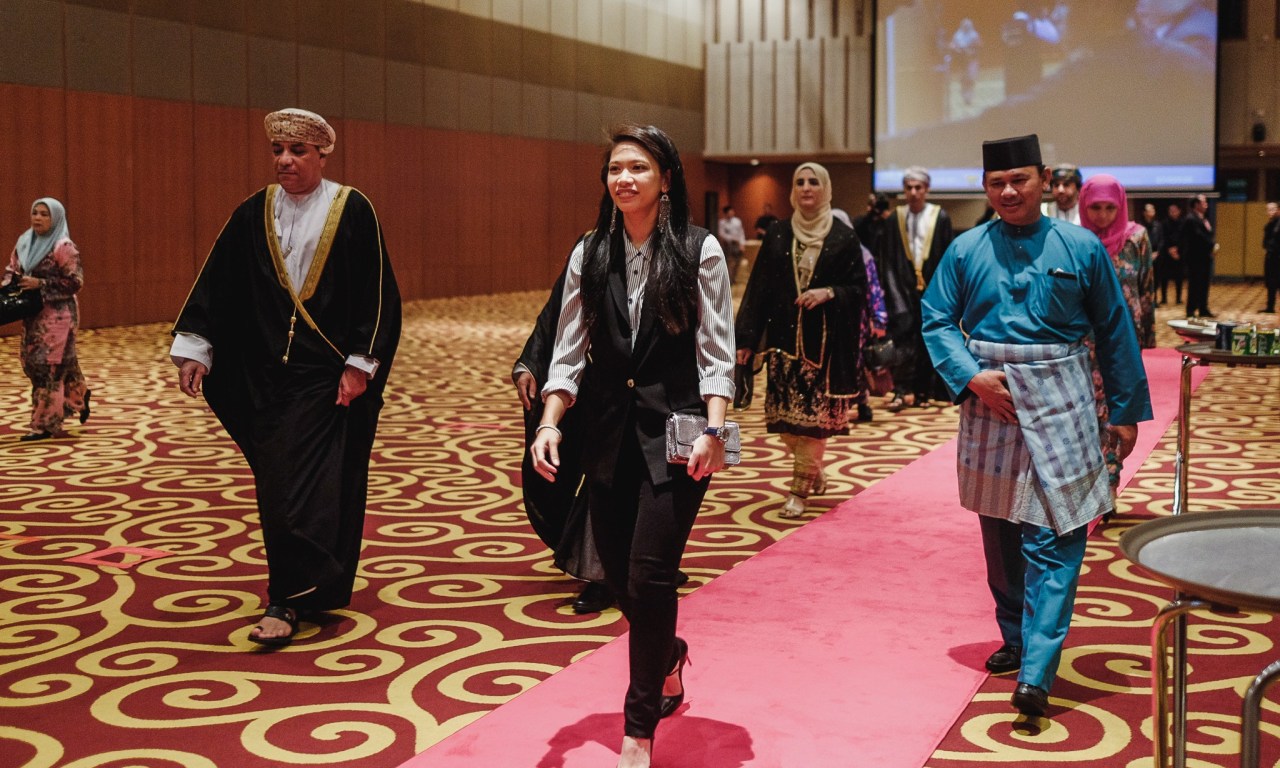 Image from article, with caption: RH Princess Fadzilah Lulabul Bolkiah arrives at the Omani Cultural Night on February 28, 2019. Photo: Hazimul Wa'ie/The Scoop
BRUNEI-MUARA – The rhythm of Omani music filled the Indera Samudra Grand Hall of the Empire Hotel and Country Club on Thursday evening as guests celebrated Omani Cultural Night.The event was staged in conjunction with the Brunei Book Fair, where Oman is the first nation to be invited as “country of honour”.Omani ambassador Sheikh Ahmed Hashil Al Maskari said his country’s participation aims to strengthen people-to-people ties and public diplomacy [JB emphasis].“We are further proud of the major milestones achieved over the past few years in the cordial friendship and excellent bilateral relations between our two brotherly sultanates in the field of culture,” he said.“This is in line with the directives of our governments which believe in the inter-connected values of tolerance, understanding and coexistence which are the building blocks of a true culture of peace, based on a commitment to the universal principles of human dignity and harmony.”

Her Royal Highness Princess Fadzilah Lubabul Bolkiah was the guest of honour at the cultural night, where there were performances by an Omani musical ensemble as well as the Senandong Budaya band of Brunei’s Ministry of Culture, Youth and Sports.Several short documentary films were screened during the event, including one called “Brunei as viewed by an Omani lens”.At the Brunei Book Fair, visitors can find a wide range of Omani publications which highlights cultural, historic and literary heritage of the country.The fair will also showcase a number of Omani cultural performances, as well as the making of Omani Halwa, henna painting and Arabic calligraphy.The Brunei Book Fair and Empowering Reading Culture Carnival is happening at the Indoor Stadium until March 8.
Original Article