Relax for Digital Diplomacy Sean Parker: the internet is not the answer for those seeking change
Facebook
Twitter 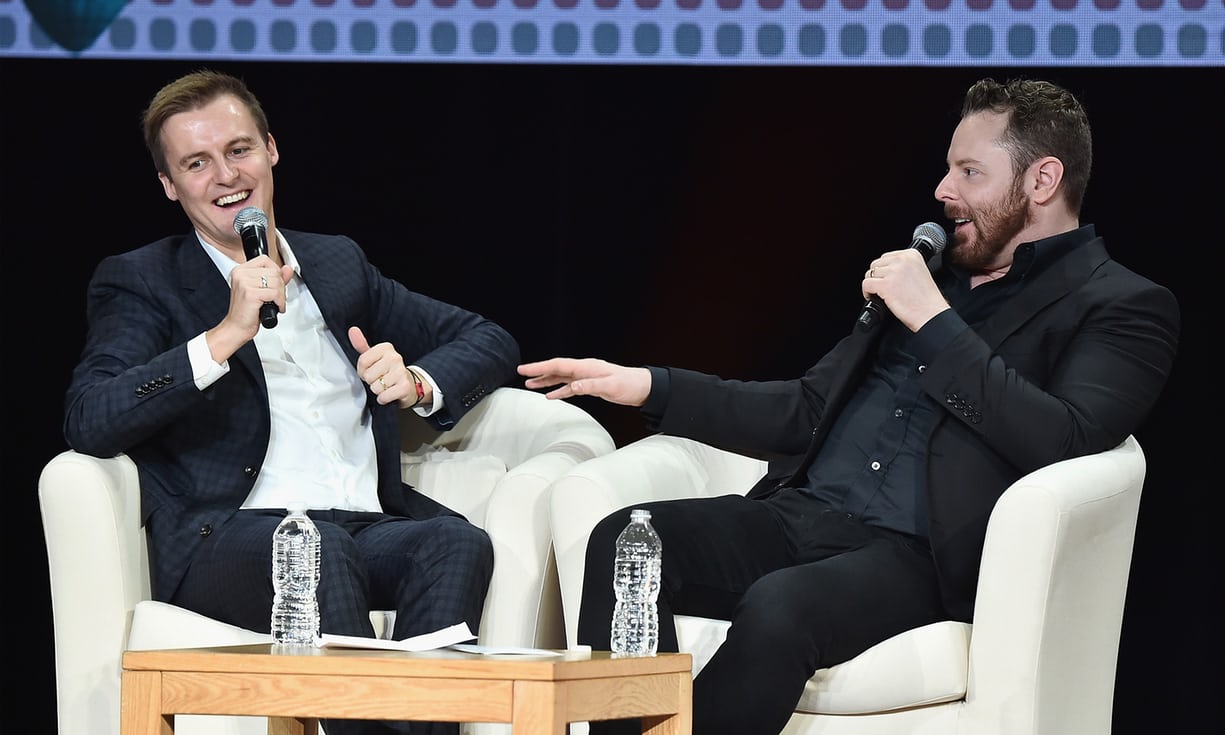 Sean Parker is one of the biggest names associated with the earliest days of social media, but the tech billionaire on Tuesday urged those interested in activism – especially against the Trump administration – to go offline if they wanted to make their voices heard.

“As much as I thought the internet could be our salvation, I eventually came to the conclusion that we have to solve our own problems, and it took the election of Donald Trump to wake everyone up,” he said.

Parker, the creator of Napster and an early president of Facebook, took a shot at Silicon Valley when he was asked about tech entrepreneurs who may still believe that social networks are one of the most potent forces for positive change in the world. They are guilty “of a level of naïveté”, he told a conference on social justice and activism in New York organized by Global Citizen, a nonprofit focused on ending extreme poverty.

“If you’ve made a few billion dollars from your startup you are entitled to be a bit arrogant, but it turns out maybe you are better at getting 14-year-old girls to put on things than you are at fomenting revolution,” he said.

He added that social media has “splintered” the traditional ways of organizing movements and connecting people.

“The social fabric of the world is changing because of social media. We have to rebuild it to get things done. We are living in perilous times, populism, nativism, is not necessarily left or right, it’s mob rule and it almost inevitably leads to tyranny. This is not the normal ebb and flow, something much darker and more frightening is afoot,” Parker said.

Parker told Global Citizen co-founder Hugh Evans, in a discussion panel at the event held at New York University on Tuesday, that many activist groups were mobilizing online these days, but: “We have got to get this online group-forming behavior to translate into the offline world.”

Parker has been spending more time in Washington DC in recent times, especially since he became more active in the cause of civic engagement, via his startup app Brigade and now his philanthropic foundation. He called on people to “target members of Congress” through phone calls and even personal visits to the US Capitol to press their causes, which he prioritized as keeping the US engaged in the United Nations and Nato.

“If the US withdraws, other nations will follow,” he said. Parker was portrayed by Justin Timberlake in the 2010 feature film about the founding of Facebook, The Social Network.

Global Citizen Week is a series of events and concerts intended to coincide with the United Nations annual convening of leaders in New York. Tuesday’s event, in which the Guardian was a partner, was titled Movement Makers and focused on the the most effective ways to mobilize grassroots activism and combat the rise of extremism.

Echoing Sean Parker, in another panel on creating activist movements, California Democratic congresswoman Barbara Lee, who was a volunteer with the Black Panther party in Oakland in her youth, said social media can be “dehumanizing”.

“In the 60s and 70s we didn’t have social media, of course, we got to know each other face to face and had conversations and debates that way – we have to become more interactive on the human level as the best way of reducing biases and tension,” she said.

Fellow panel member Bob Bland, one of the founders of the Women’s March on Washington, which took place in January 2017, the day after Trump was inaugurated as president, said that real-life interaction was essential, but that the internet had been crucial in getting the idea for the march off the ground so quickly and effectively.

“You can have an idea and find out immediately who has the same idea even if they are thousands of miles away,” she said.

She said that, even though in just a few weeks the concept of the Women’s March spawned 673 “sister” marches around the world, “it was a moment, an action”, not an overnight movement and was built on the foundations of movements such as Occupy and Black Lives Matter.

Lois Beckett, a senior reporter at the Guardian, moderated a panel on reducing extremism, and has written about the common ground inhabited by some extremists at opposite ends of the political or religious spectrum. Panelists agreed that young people with a wide variety of individual grievances, whether they are highly formally educated or not, can be all too susceptible to extremist propaganda promulgated online.

Theo Wilson, an arts activist who, as an African American, posed as a white supremacist online in order to have conversations with neo-Nazis, said that he was shocked to see how vulnerable or unhappy people, especially those who feel marginalized or excluded, are so easily influenced by messages of hate online.

“I realized: there but for the grace of God go I. If I had come out of a mother of a different color and had some of those common grievances, I might have become radicalized,” he said.

He said it was vital for the history of racial politics to be fully and accurately taught in US schools.

“If you don’t find out about your roots, these white supremacists will find them for you,” he said.

Muslim activist and author Yassmin Abdel-Magied said that she kept encountering situations where those who are the targets of hate speech are expected not only to cope with that gracefully but also to educate those expressing racist views at them.

“I have to go out into the world every day and be an ambassador … it’s exhausting,” she said.

She called for the positive forces of the education system, the internet, individual activism and grassroots activism all to play their part in reversing the divisions now rending US society.