Selfie culture a new battleground for the Iranian regime 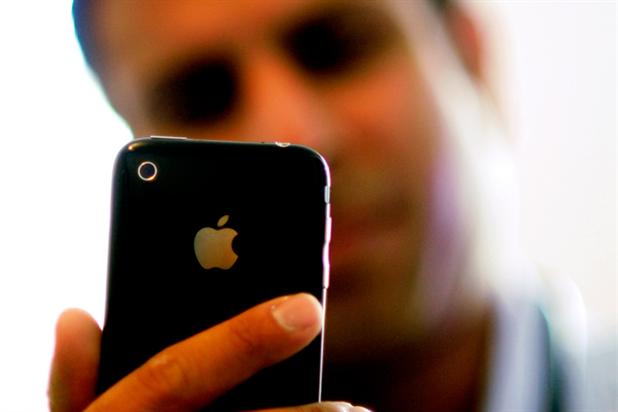 It’s afternoon at Park-e Laleh, a popular destination for students who
attend one of central Tehran’s sprawling universities. Seated on a bench
under tall trees, Mandana, 22 and Daniel, 34, pose for selfies taken
with Mandana’s iPhone. While many of these images will end up on
Mandana’s Facebook and Instagram pages, the couple keeps the more
intimate shots to themselves. Even in the leafy nooks of the park, there
are rules to observe, and the unmarried pair is never completely alone.

Taking selfies allows them to create virtual moments of privacy.
“We feel like just the two of us present,” Daniel says. “There’s no third person.”
Daniel and Mandana are fans of the selfie, a trend imported from the west that has proliferated among Iran’s wired young people. While the
actual act of self-photography is far from new, the name and concept of
the selfie – photographed, edited and posted online using a smart
phone – has gained an ardent following in Iran, thanks in part to an
unlikely trendsetter.

When US president Barack Obama took a selfie
alongside European leaders at Nelson Mandela’s funeral late last year,
Iranian social network users shared the photograph by the thousands, and
the term “selfie” entered the local vernacular. High-ranking members of
the centrist government, including President Hassan Rouhani, have also been known to post selfies, despite the regime’s ambivalent attitude toward social networking.
Since the average Iranian must pay at least two monthly wages to acquire
a smart phone, the phenomenon is limited mostly to middle and
upper-class youth, who have taken to the fad with the same gusto with
which they previously embraced leggings, neon-colored clothing and
plastic surgery.

Editing software like Photoshop is cheap and widely
available in Iran due to an absence of copyright laws, and many selfies
undergo a meticulous touch-up process before they are posted online.
While the exact number of selfies circulating on Iranian social networks
is difficult to determine, users say they comprise a majority of
postings on Instagram. The social app has over one million users in Iran
according to cafebazaar, an alternative platform 85% of Iranians
use to download apps.
While an estimated 82% of
these Instagram users are male, the users interviewed for this article
said women post more selfies than men.

“Maybe it’s because we’re not
free from hijab, so this type of self-presentation is very important for
us,” says Hedieh, a fourth year psychology student at Azad University.
Many secular women use the selfie as a virtual tool that allows them to
present themselves in public the way they want to be seen, without
following the Islamic dress code. The recent controversy around My
Stealthy Freedom, a Facebook page inviting Iranian women to share their
views on hijab, illustrates the attitudes of these women as well as the
inflexibility of the Islamic regime.

When the page attracted nearly half
a million likes and hundreds of hijab-free selfies, Iran’s state media
initiated a smear campaign against the page’s London-based founder Masih
Alinejad, calling her a “whore” and claiming she had been drugged and
gang-raped in front of her son.
The fear of losing cultural control over Iran’s population, especially
women and youth, is also behind an effort by the country’s hard-line
political camp to block Instagram, which was added to the government’s
list of banned web sites in a 27 May court order.

However, the process
of filtering sites like Instagram and WhatsApp portends a significant
challenge for Iran’s cyber police, says Nariman Gharib, an Iranian researcher based in London mapping Internet and censorship trends in Iran. “If they want
to block Instagram, they might also have to block thousands of websites
around the world, because those websites are hosted on the same servers,”
Gharib says.

Aside from the regime’s unchanging attitude towards Internet freedom,
selfie fans also face criticism from peers who worry that the practice
harms users’ self-image. “It comes from the same place as the urge to
get a nose job or lip enhancement surgery,” says Hedieh. “It’s
exhibitionism and not intimacy, because the selfies get seriously edited
before they get posted.”

Others worry that selfies encourage exhibitionist behavior in a culture
already prone to narcissism. “Hyper individualism is sinking into
everything around us in Tehran,” says Muriel, a sociology student who
recently returned to Iran from studies in the UK. “It’s as if nothing
in the world is more important than the person and their selfie.”

“This kind of photography creates a space that wouldn’t otherwise
exist,” adds Hedieh. “When you share [a selfie], you allow yourself to
be judged by the number of likes.”

Naz-Naz, a nickname for a musician who regularly posts selfies to an
audience of 17,000 Facebook followers, has no time for such criticism.
She posts several photos a day, some depicting her in sultry poses and
various stages of undress, and brushes off the comments of those who
call her selfies vulgar. “I like to take photos of myself, I like to
post them and I want people to like them,” she says, adding that many
people like her page because of her music, not because of her face and
body. “Even if it is vulgar, why shouldn’t I do it? People are jealous
and nosy if they have a problem with it.”