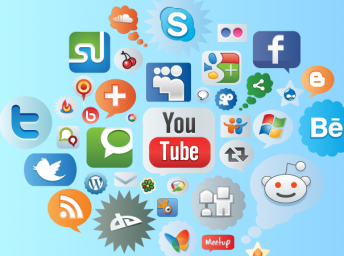 I saw a story recently about a school, named Ngee Ann, in Singapore where a math teacher gave problems to students and asked that the answers be “tweeted.” These tweets were then projected on a screen at the front of the room, in real time! (1) Now this was not just some rogue, social media instructor who decided to try something new. Ngee Ann is what the Singapore government calls a “future school” and teaching using social media is encouraged.

Think of that, teaching using social media is encouraged. What about requiring the teaching of social media itself in schools across the world? In 10 years will it be as common as teaching computer skills in school has now become? Should it be? Those that disagree typically site privacy concerns, safety, inefficiency and economic costs in their case against it. I will address each of those concerns below.

Now I might be a little biased, okay A LOT biased, but I want to give you the 4 reasons why I think that teaching social media to our children in schools is not only necessary, but critical.

Reason #1 – It is now, and will continue to be a social world. The top 5 social media sites combined have nearly 2 BILLION users (2). Smartphone users, on average, check their Facebook status 14 times per day. 79% check their smartphone for social media updates within 15 minutes of waking up (3). Social media and smartphone growth are both expected to grow at strong double-digit rates for the next several years (4). 80% of college faculty members now use social media and a full 50% of college professors say they use it in their classrooms (5). Enough proof?

While there are certainly lots of ways to waste time with social media, nobody is arguing that you cannot use social media to engage and learn in interesting new ways. So, the argument that teaching social media to our students is a waste of time because it is a fad and will soon be gone certainly does not hold water. I promise, even if Facebook disappears or if we no longer call it social media, the idea of using the Internet to connect the planet on digital networks will not go away anytime soon.

Reason #2 – The privacy concerns and safety of social media do not outweigh the benefits. I get this argument. I really do. Here is an interesting fact. Did you know that the US Library of Congress has archived every tweet from Twitter. That is 170 billion tweets and counting (6). Even scarier, they are making them available to researchers and other interested parties. What you say and write on social media does live forever. The fact of the matter is that the privacy and safety concerns are going to be there regardless of whether or not we teach social media in schools. At least if it is taught, we can also include instruction on maintaining privacy and being safe.

I have done a lot of work on stopping cyber bullying. That is where people, often children, use the Internet, often social media, to harass, threaten and intimidate other people. My number one tip to prevent cyber bullying is to be involved and educated about what it is and how to respond to it when it is happening to you or somebody you know – like your child! We can teach cyber bullying prevention as part of our social media curriculum and actually make the Internet a safer place. This is just one example.

Reason #3 – Social media is a not a waste of time. When computers first came out, people thought that they would be a waste of time. Few imagined all of the cool programs that would be written and novel ways they could be used to enhance our lives. When websites became popular most had visions of people “surfing” their lives away. Sure you can waste time on a computer and find more than your share of inappropriate websites unsuitable for viewing by school age children, but it is impossible to argue that computers are not a valuable teaching tool and most schools have computer training as part of their core curriculum.

Imagine the possibilities social media brings to the classroom. Assignments can be shared via links, entire classrooms can be part of the same closed Facebook group, and study groups are a Google+ Hangout away. The same way computers are not used to play video games in classrooms, using social media in classrooms will not be a waste of time if it is managed and administered constructively.

Reason #4 – Teaching social media IS preparing our children for the future. The world’s largest professional network is LinkedIn, a social media site with over 200 million members. 90% of employers surveyed said they planned on using social media to recruit and hire new employees (6). Schools are supposed to be places where we teach our children the knowledge and the skills they will need to compete and succeed in their adult lives. Social media IS one of those skills.

Many others already recognize this fact and are acting. Singapore, an economic leader in South East Asia, has already integrated social media into the classroom. To compete in the workforce and in the global economy our children must learn how to correctly and safely use social media. I am simply suggesting that we make that part of our teaching curriculum.
Sources: