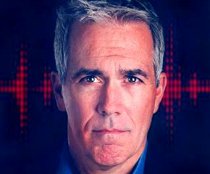 Joe breaks down the latest news on Mueller, Cohen, and Manafort. Then, Joe pivots to the state of Illinois and asks listeners if they believe there is any hope left for the Illinois Republican party. Plus, Joe is joined by Moran Birman, Consul of Public Diplomacy [JB emphasis] from the Consulate of Israel in Chicago to talk about Hezbollah and the UN! …