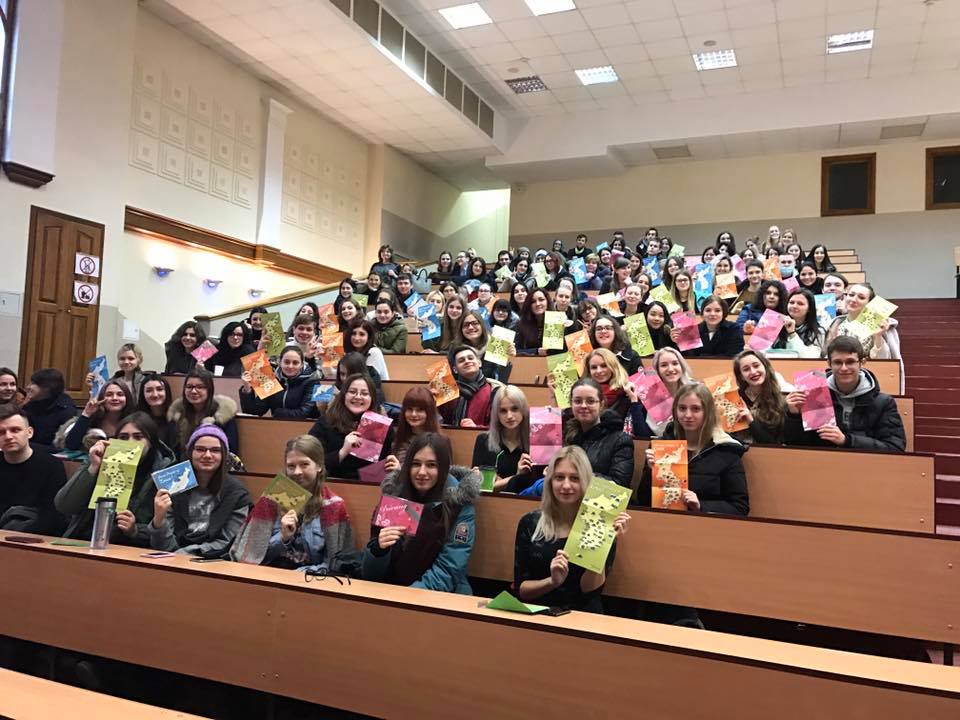 (image from article: Voluntary Agency Network of Korea)
SEOUL, Mar. 14 (Korea Bizwire) — A South Korean non-governmental organization said Monday that it will launch a youth team in Ukraine this week to step up promotion of South Korea and its policy and culture in the European region.
The digital public diplomacy [JB emphasis] team will be comprised of 100 local and Korean students. Its launch ceremony will be held at a university in Kiev, Ukraine on Friday, according to the Voluntary Agency Network of Korea (VANK).’
The students will serve as public goodwill diplomats whose main job is to produce digital content intended to promote South Korea’s policy, history and culture and share them with Ukrainian people interested in the country via social networking, it added.
Based on the content they will produce, VANK said that it plans to promote South Korea in the European region by posting them on mobile websites to be launched each for Ukrainian and Russian users.
“Through Ukraine, a major strategic point both for Asia and Europe, (we) are pushing for this project to let local people know more about Korea and steadily enhance its national image in Europe and the world going forward,” Park Ki-tae, head of VANK, said.
(Yonhap)
Original Article