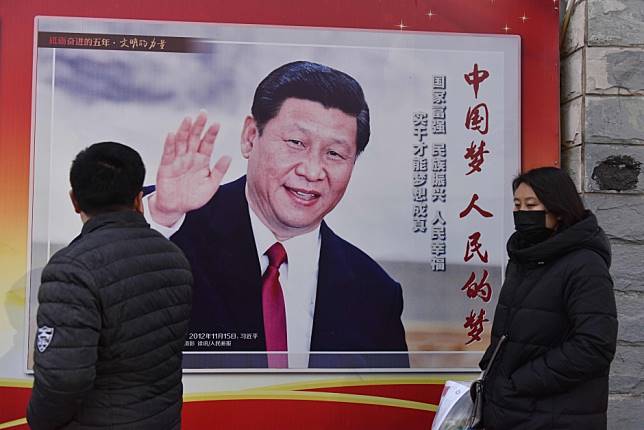 uncaptioned image from articlee detail
With the US dominating in the soft power stakes, China should focus on young Americans who take a more positive view of the country to improve cultural ties, according to scholars and officials.
That was the consensus at a seminar in Beijing last week to mark the 40th anniversary of the establishment of relations between China and the United States, where a key discussion was why American culture shown in such products as Hollywood films have been so well received elsewhere.
They said the success of these cultural exports had helped the US to spread its values around the world, while China's efforts to use its soft power abroad were often met with scepticism and even resistance.
One official said the difference was a failure to "tell the China story well" – something President Xi Jinping has instructed the ruling Communist Party's cadres to do.
Since he took office in 2012, Xi has repeatedly called on officials to step up efforts to boost China's image and "soft power" abroad and promoted what he calls the "Chinese dream" of national rejuvenation.
But Chen Dali, who is in charge of US affairs at the education ministry's Department of International Cooperation and Exchanges, told the seminar that the China story had to be "real".
"If we are too eager to tell our stories in a way that we think Americans will accept, we may resort to making up stories, and that is dangerous," Chen said.
"It won't be a good story if it has been made up because the story is not real."
Wang Lili, deputy dean of the National Academy of Development and Strategy at Renmin University of China, said the country needed to sharpen its storytelling ability.
"The US has done pretty well (on soft power and cultural exchanges) and Hollywood movies and the Fulbright Programme are some good examples that have played a big role in its public diplomacy, [JB emphasis]" Wang said.

image from article
She said blockbusters like Forrest Gump had been popular at the box office but also effective in promoting American values, while in contrast, even the highest-grossing Chinese films did not achieve the same popularity abroad.
Wang added that China's cultural exchanges were too rigid and usually involved government-led events with little spontaneous participation by those invited.
"Sino-US cultural exchanges usually stay on the official level and they are top-down … But from the American viewpoint, they want to see more people-to-people dialogue and exchanges initiated by non-government bodies," she said. "So we need to address this and put more of our resources into cultural exchanges."
Unofficial exchanges between think tanks have also become more important for informal diplomacy, but scholars who go on overseas exchanges are hindered by Beijing's strict rules, according to Feng Yue, a politics specialist at the Chinese Academy of Social Sciences.
Feng told the seminar the rules limited academics' ability to have deeper exchanges with their American counterparts.
"(For example) the foreign ministry introduced a rule two years ago that (experts and scholars) cannot spend more than five days in a foreign country … Think about how long it takes to fly to the US and get over the jet lag … it's not going to be a productive trip," Feng said.
Wang from Renmin University said one way to improve cultural ties was for China to focus on younger Americans.
Her view is backed by survey findings from the Pew Research Centre in August, showing 49 per cent of Americans aged between 18 and 29 had a favourable outlook on China, compared with 37 per cent of those aged 30 to 49, and 35 per cent who were 50 or older.
The younger Americans were also much less concerned than the older age groups about issues such as cyberattacks and job losses to China, according to the research.
"Now, in terms of China-US relations, the elites in America have reached a not-so-optimistic consensus on the future. But the younger people are still relatively optimistic – and they are the future of China-US relations," Wang said.
Copyright (c) 2019. South China Morning Post Publishers Ltd. All rights reserved.
Original Article