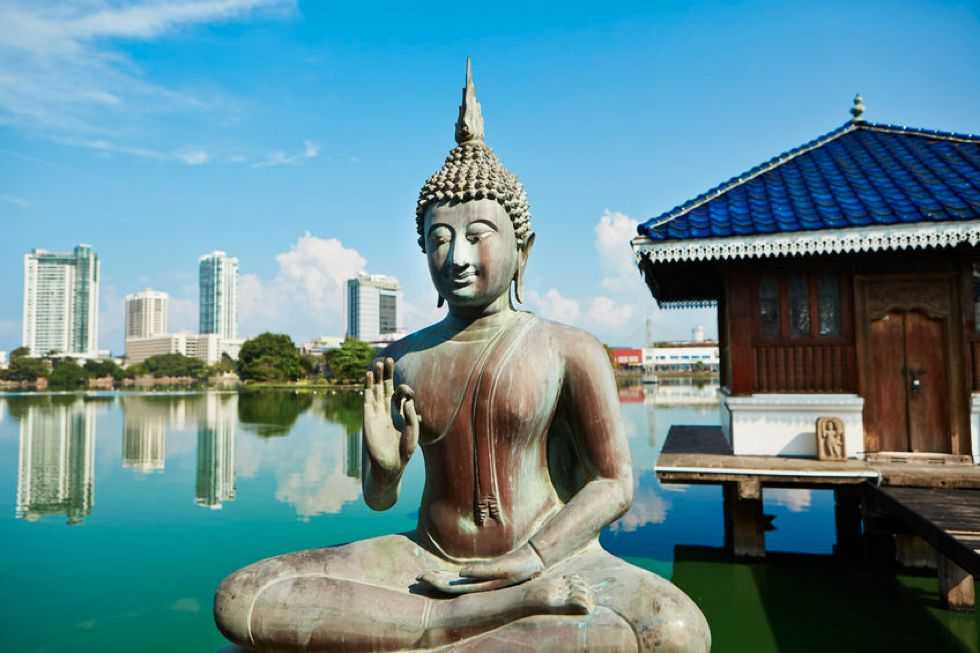 image (not from article) from, under the headline:5 great places to eat like a local in Colombo, Sri Lanka
Excerpt:

Foreign Ministry strategy
Foreign Minister Tilak Marapana and Foreign Secretary Ravinatha Aryasinha recently dealt with their strategy at a certificate awarding ceremony on January 11, 2019 of the two-week long Public Diplomacy [JB emphasis] and Media Relations training programme, organized by the Ministry for its officials in collaboration with the Sri Lanka Press Institute (SLPI). According to the ministry the project was meant to enhance public diplomacy and media relations skill of the officers of the 2018 intake of the Sri Lanka Foreign Service and some of mid-level officers serving in the Ministry.
Last week, we discussed Marapana’s address at the certificate awarding ceremony.
The ministry, in a statement issued two days after the certificate awarding ceremony quoted Foreign Secretary Aryasinha as having said: "…the Ministry of Foreign Affairs has a pivotal role to play in public diplomacy both at home and abroad and this rigorous training programme has equipped several groups of foreign service officers at different levels with the necessary skills to execute the public diplomacy agenda of the government for the next twenty years."
While emphasizing the necessity for diplomats to build relationships with the media, Aryasinha said the programme provided a platform for the diplomats and the journalistic community to engage in understanding each other’s perspectives, paving the way for an enduring relationship.
The Foreign Ministry said: "The programme which aimed at helping participants understand the concepts and methods of public diplomacy, its dimensions, and its role in the information age, was oriented to train officials in the practical application of different public diplomacy tools in their line of work. It included lectures on theoretical aspects of public diplomacy and media relations by senior journalists, Colombo-based foreign diplomats, experts and practitioners, covering a wide range of issues including the history of public diplomacy, the role of media in shaping public opinion, social media, interaction with media and the freedom of expression in the context of the RTI Act."
"It also included sessions with experts and practitioners including resident foreign correspondents and diplomats, on the practical aspects of public diplomacy such as news release writing, conducting press conferences, giving interviews and using social media effectively, with participants facing mock press conferences and interviews on camera. They also visited the Sri Lanka Rupavahini Corporation, the Sri Lanka Broadcasting Corporation and the Associated Newspapers of Ceylon Limited (Lake House) to gain first-hand experience of the functioning of a ‘news room’."
"The participating officials also had discussions with journalists as to how Sri Lankan diplomats could do better in media relations and on the needs of media in Sri Lanka and abroad with respect to the Ministry of Foreign Affairs and Sri Lanka Missions overseas."
The Foreign Ministry efforts in this regard should be appreciated. However, the country is in such a sorry state, a super human effort is required to change Sri Lanka’s direction. The country is certainly heading for a catastrophe, thanks to a corrupt political party system. Marapana must have realized the pathetic situation and desired improvement, hence his call to his ministry to depict Sri Lanka as a civilized nation. In other words, one-time Attorney General and President’s Counsel Marapana admits Sri Lanka is not a civilized nation. …