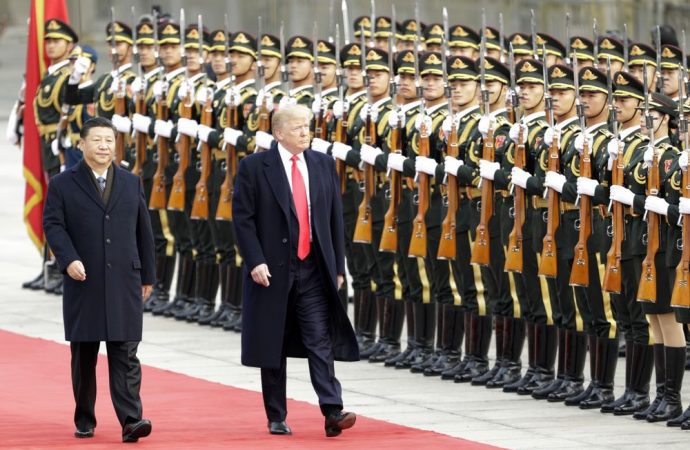 Hal Brands, bloomberg.com
The West needs a plan like it had against the Soviet Union.

The U.S. will not be able to contain a globally connected China in the same way it contained a relatively autarkic Soviet Union. Yet the U.S. will need to limit China’s malign influence just as it limited destabilizing Soviet activities during the Cold War. Here the history of that conflict does provide some helpful ideas.
First, the Cold War analogy shows that multidimensional challenges require multidimensional responses. What made the Soviet menace so potent was that it combined a military threat to areas that were critical to the global balance of power with an ideological threat to the supremacy — perhaps even the survival — of liberal ideas. As a result, the U.S. and its allies responded not just with military and geopolitical containment of Soviet power, but with policies — from the Marshall Plan to public diplomacy [JB emphasis] initiatives — meant to fortify the democratic core of the Western bloc and demonstrate that communism offered a false answer to the world’s political and economic problems. …
Second, the history of the Cold War reminds us that the U.S. needs a theory of victory that can be sustained over a generation or more. The value of George Kennan’s concept of containment was that it identified what the U.S. sought to achieve — containing Soviet influence until the Kremlin regime mellowed or crumbled — and how it would do so, by denying Moscow the fruits of expansion and increasing the pressure under which it operated. That strategy was simple enough that it could be replicated across presidential administrations, but flexible enough that it could be adapted as political and geopolitical circumstances changed. …
Finally, the Cold War analogy reminds us that a decisive factor in competition with China will be how well America tends to its alliances and partnerships. Those relationships were critical to what Secretary of State Dean Acheson called “situations of strength” in the competition with Moscow. They bound some of the world’s most important and dynamic nations to Washington and ensured that the communist world could never outstrip the collective strength of the free world. …