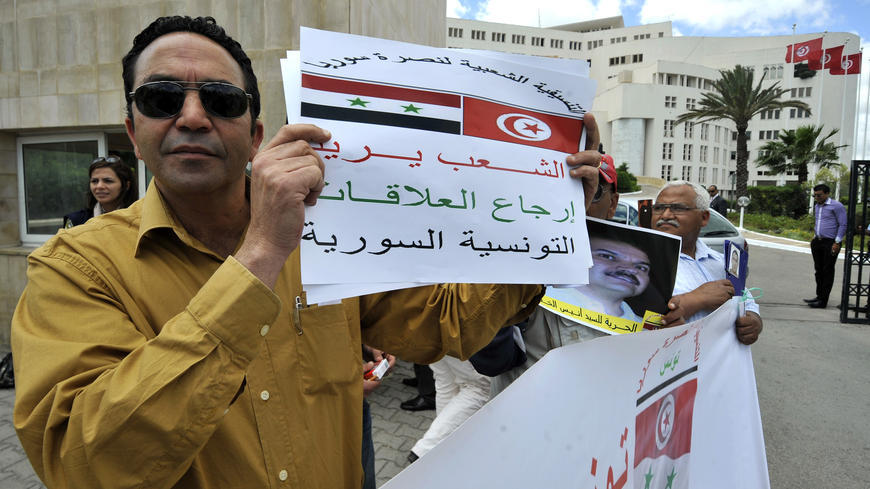 Image from article, with caption:Tunisian protesters demonstrate outside the Ministry of Foreign Affairs calling on their Islamist-led government to renew diplomatic relations with Syria and the regime of Bashar al-Assad, Tunis, Tunisia, May 28, 2013.
Read more: http://www.al-monitor.com/pulse/originals/2019/01/tunisia-ennahda-restore-ties-syria-regime-arab-league.html#ixzz5cccbfLv7
Excerpt:

Social media activists posted on Facebook that the flight crowned the “public diplomacy” efforts of Syrians and Tunisians to pave the way for the resumption of relations.

All eyes are on the outcome of the 30th Arab League Summit in Tunis in March and its stance toward the Syrian regime. Observers believe the restoration of ties and Damascus reopening its embassy in Tunisia are a matter of time, especially after Bahrain and the UAE, which back the Syrian opposition, announced Dec. 27 that they would reopen their embassies in Syria.