Public diplomacy John Brown's Public Diplomacy Press and Blog Review In Venezuela, Time Is Not on Maduro’s Side
Facebook
Twitter 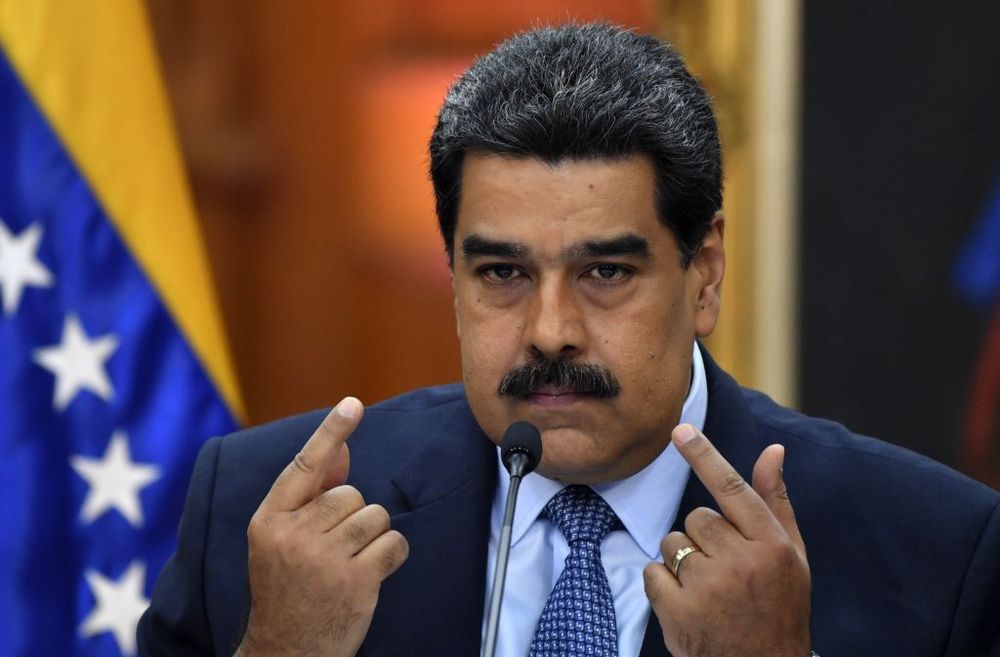 Image from article, with caption: How much time does he have left? Photographer: YURI CORTEZ/AFP
His hold on power will only get weaker as he fights both international sanctions and the popular will.
After his militias and national guardsmen attacked aid caravans trying to feed his starving citizens, Venezuela’s Nicolas Maduro appeared on state television over the weekend dancing the salsa. The dictator’s point was clear: I’m not rattled. I’m not going anywhere.
This is the context for U.S. Senator Marco Rubio’s cryptic counterprogramming on Twitter. On Sunday he tweeted before and after photos of the late Moammar Al Qaddafi of Libya. In the first he was smiling in sunglasses; in the second he was bloodied and fleeing a mob. Six hours later, Rubio tweeted a similar side-by-side of the late Nicolae Ceausescu of Romania, first giving an angry speech and then facing a firing squad.
The reaction was fierce. Some Twitter users began a campaign to report Rubio’s account for encouraging violence. Other activists began an online petition urging his resignation. Venezuela’s foreign minister told Democracy Now he was appalled.
For the Latin American left, Rubio’s tweets play into America’s Cold War history of supporting strong men and encouraging coups. The most infamous moment came on Sept. 11, 1973, when Chilean military officers — at the urging of the CIA — toppled President Salvador Allende, who was shot during the coup. (It’s disputed whether he took his own life.) The left watches what’s happening now in Venezuela and sees the American gringos up to their old tricks.
But this analysis crumbles under even the mildest scrutiny. Venezuela in 2019 is nothing like Chile in 1973. Allende won a real election in 1970. Maduro prevailed in a fake one last year. Maduro’s opposition is not a junta of military generals storming the presidential palace. It is the National Assembly, the country’s only institution with any democratic legitimacy. In short: In Chile in 1973, coup plotters sought to nullify an election; in Venezuela today, opposition leaders are seeking a new one.
Most important, at least from the perspective of the U.S., there is no comprehensive military intervention in the offing. It’s true that President Donald Trump has asked his advisers about the feasibility of an intervention. It’s also true that senior administration officials like to say “all options” remain on the table; if Maduro sends his thugs to attack the U.S. embassy, for example, there will be a military response.
But this is more about messaging than military action. When a president wants to start a war, he doesn’t position the U.S. Agency for International Development at the border. He sends in the Marines.
What’s more, Venezuela’s interim president, Juan Guaido, is not asking America to invade Venezuela. So far, U.S. policy has been to persuade its allies to recognize his presidency; to sanction Maduro, his regime and the national oil company; and to urge the military to defect. It’s regime change through private and public diplomacy [JB emphasis].
Original Article